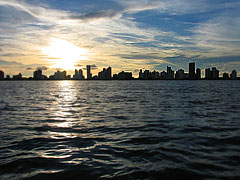 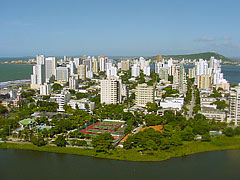 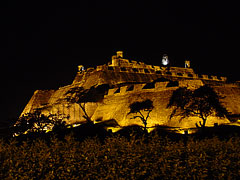 Welcome to Cartagena de Indias Colombia. This city of 900,000 has almost 500 years of extraordinary history and is one of the most beautiful cities in Colombia. Cartagena was named after Cartagena, Spain, which takes its name from the ancient city of Carthage.

In 1498, Christopher Columbus passed near these shores without anchoring. Some years later, Don Rodrigo de Bastidas discovered the entire Atlantic coast, and Peralonso Nunes and Cristobal Guerra anchored for the first time in Cartagena bay.

In mid 1533, Pedro de Heredia built a settlement in the small native village of Calamari which later became Cartagena. Over the next 10 years, Cartagena had grown into a prosperous Spanish outpost due to exporting gold and other riches, and also was a trading port for ships making their way from Peru to Cuba, then sailing their bounty back to Spain. Unfortunately, Cartagena was reduced to ashes in 1552. Following this Governor de Heredia prohibited building with materials other than bricks, roof tiles, stone masonry, and rocks.

Cartagena's prosperity attracted the interest of pirates. The first pirate raids were conducted by the Frenchman Roberto Baal. Over the next several decades, Cartagena experienced further raids by John Hawkins, brothers Juan and Martin Cote, and Sir Francis Drake.

As a result of these raids, embankments and forts were constructed around the city. Cartagena was then the most well protected city in South America. The witness of the Iberian power are the forts, batteries, and castles which were designed through the ingenuity of Spanish and Italian architects and the labor of African slaves who were brought to the colony.